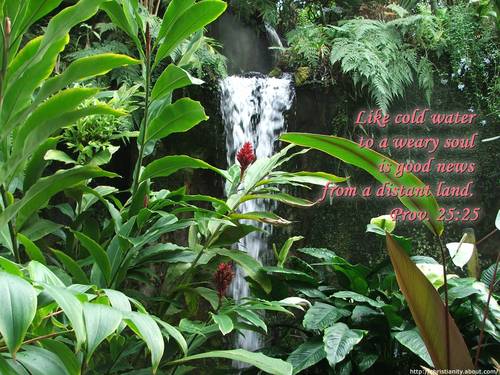 “BLESSED are the pure in heart: for they shall see God.” Matthew 5:8
During the earthly life of our blessed Lord, He seemed to do some very strange things. As a matter of fact, the unconventional and the unusual were common incidents with Him. He refused to bow to the traditions of men and more than once entirely ignored the established conventions of His generation and day.

In our modern times we spend tremendous amounts of money, endeavoring to reach the multitudes by newspaper advertising, and the like, of the most splashy and arresting type. We stay awake at night to think up some catch-subject which will “bring them in,” and as a general rule, the modern, evangelistic preacher gauges his success by the size of his congregation. The slogan seems to be “Anything and everything in order to be able to preach to a multitude,” while ome of us have invaded Holly wood to borrow the superlative adjectives with which to describe the meetings.

There is nothing wrong necessarily in the fact of a crowd; the greater the size of the congregation, the greater is our corresponding opportunity to reach the hearts of men with the story of the Cross. The question which should demand our sincere contemplation, however, is why did we seek them and why did they come?

Jesus has never measured success by statistics. You can’t compute Heaven’s power with human numbers. The Lord is far more concerned with a little extra love and faith in human hearts than he is with a few extra chairs in the back of the building!

The last verse of the fourth chapter of the Gospel of Matthew tells us that there followed Him great multitudes of people from the entire countryside. They not only came from the cities in the immediate vicinity, but from foreign countries and the congregations must have been enormous.

The Lord met them and in His infinite compassion, He touched their sick and healed them; but we cannot get over the fact that in the opening verse of the fifth chapter of Matthew we are told that, with His disciples, He slipped away from that enormous congregation and lost Himself” in the solitude of the mountain. Did it not seem a strange and unusual thing for Him to do?

Why should He preach to a little handful of eleven or twelve men, when He could have said the same thing to the multiplied thousands. The probability is that the multiplied thousands would have listened, but only the twelve could HEAR! The masses of the people, bringing their loved ones who were lunatic and possessed with devils, palsied and sick, were all vitally interested in healing; but only a comparative handful were interested in the Healer!

So, Jesus left the multitude for the few. He had come to contact men who were able in some degree to accept, receive and assimilate the things which He had to say. How blind was that crowd milling around, looking for temporal blessings, and being satisfied with the superficial things which affected, primarily, the life we now live in the flesh.

Think of the thousands of eyes which looked upon Jesus and how very few saw Who He really was! Think of the multitudes who listened to the words He had to say and it will almost break your heart as you contemplate the few who really HEARD!

There is no “kick” in the secret place — no evil temper, no irritability.

DUTY IN RELATION TO THE WIFE from proverbs 31 woman.

And that is exactly why walking in faith is important for a Christian. God said if we had even the narrowest of faith, we could move mountains

GOD THINKS ABOUT TIME. God works out of time and within time. But He is not moved by it because He knows it all.

The Cross Walk of Life. We complain about the cross we bear but don’t realize it is preparing us for the dip in the road that God can see and we cannot.

John 16:24- Up to now you have made no request in my name: do so, and it will be answered, so that your hearts may be full of joy